The Great Depression began with the stock market crash of 29 October 1929.

The 1929 Census of Manufacturers may help local historians learn about economic activity in the community at the cusp of the Great Depression. Genealogists may learn about a business owned by an ancestor. Alternatively, if an ancestor was known to have been a wage earner employed by a specific firm, the census schedules may provide insight into hours worked and wages earned.

The purpose of the census was to obtain useful statistical information about industry size, production, employment, power equipment, and fuel consumption. The data was collected partly by mail and partly by paid canvassers. Preliminary results of the data were published in press releases, and subsequently with more substantive analysis and detail in nearly three hundred reports issued in 1930 and 1931. The census included only manufacturing establishments that made products worth five thousand dollars or more.

The U.S. National Archives has placed some of these records online as “Schedules of the Census of Manufacturers, 1929-1929.” As of December 2017, images of schedules for Industries 101 (Beverages) through 518 (Printing and Publishing) are available. Separate digital files have been uploaded for each industry code by state. Within each state, the schedules are arranged in alphabetical order by county. Additional schedules will be placed online in the future.

Read “Butter Makers and More: Revelations of the 1929 Census of Manufacturers” to see and read examples of information recorded about two facilities in Ashtabula County, Ohio, and Bourbon County, Kansas, that made milk, butter, cheese, and ice cream. 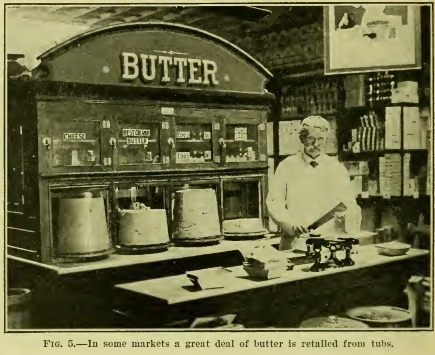 More information on the 1929 manufacturing census is available on the Census Bureau website. “General Explanations” provides good background information. Detailed reports and results are at “Census of Population and Housing.” On that page, click on “Special Collections and Reports” (near the bottom of the page), then click on “Manufacturers,” and then choose the report of interest.

The records of the Post Office Department (Record Group 28) can be useful for learning about ancestors who were postal employees, the communities in which they lived, and, of course, the operation of the mail system. As a part of NARA’s ongoing mission to provide greater access to the records in its custody, staff at the National Archives Building in Washington, DC, continue to add descriptions for RG 28 record series to the online National Archives Catalog. Here’s a list of some 133 record series for which descriptions were added to the Catalog in recent months.

The Wait is Over!